The automobile industry has been taking steps to reduce air pollution through measures such as the introduction of higher BS VI fuel emission norms from April 1, 2020, and adoption of electric vehicles.

BCD for components used in the manufacture of catalytic converters such as certain ceramic parts and metal parts/ solutions/ compounds has been raised to up to 10 per cent from 5 per cent. BCD for fully-built (CBU) completely knocked down (CKD) and semi-knocked down (SKD) electric vehicles (EVs) across segments such as buses, trucks, bikes, cars and three-wheelers, has also been increased by up to 15 percentage points.

The background:
While BS IV-compliant fuel, which is currently in use, has 50 parts per million (ppm) of sulphur, BS VI stipulates a low 10 ppm. Under BS VI, particulate matter emission for diesel cars and nitrogen oxide levels are expected to be substantially lower than in BS IV. To do this, BS VI engines require catalytic converters.

Higher import duties for such parts will encourage localisation and, thereby, bring down prices for customers. Currently, certain parts, including precious metals for BS VI engines, are imported by many players. However listed home-grown companies such as Mahindra & Mahindra (M&M) and Tata Motors have higher levels of localisation for BS VI engines. They will benefit from this move as imports for others could now become costlier.

India is focusing on local EV production through Phase II of the Faster Adoption and Manufacturing of (Hybrid &) Electric Vehicles (FAME) scheme, which provides demand incentives for EV purchases from April 1, 2019. Since the cost of EVs tends to be high, demand incentives ranging from ₹20,000 per vehicle for buyers of e-two-wheelers to ₹50 lakh per vehicle for e-bus buyers over a period of three fiscal years (initially), are being provided to bring down the end-price for customers.

EVs of Indian listed players such as Bajaj Auto, TVS, M&M, Tata Motors that are manufactured in India will become relatively attractive in comparison with CBU/CKD/SKD models such as the Kona (Hyundai) and ZS (MG Motors). Bajaj and TVS recently showcased their EVs – Chetak and iQube. Tata Motors, too, has come out with the Nexon EV. M&M will introduce the e-KUV100 and an XUV 500 EV. Ashok Leyland is also developing e-buses.

The increase in basic customs duty is in the ranges of 10-40 percentage points across EV segment, and comes in the backdrop of Chinese manufacturers dumping low-quality battery packs for EVs in India.

Finance minister Nirmala Sitharaman on Saturday proposed to increase basic customs duty on completely built units (CBUs) of electric vehicles to 40% from the existing 25%, while the same on the import of SKD form of electric passenger vehicles has been doubled to 30%.

Import of electric two-wheelers, buses and trucks in the same form will attract 25% customs duty as opposed to 15% applicable currently. Customs duty on import of electric vehicles, in a completely knocked down form has also been increased by five percentage points to 15%.

Most manufacturers are yet to establish a proper ecosystem for developing and manufacturing electric vehicles in India due to lack of demand. Important components such as lithium-ion cells, electric motors and other electronic parts are mostly imported by manufacturers.

According to an industry executive, these measures would help curb the import of components from China and especially the poor quality ones.

“The government wants to promote manufacturing of electric vehicles in India and this is a right step in that direction. This increase in customs duty was a long standing demand of some of the manufacturers since some substandard parts were being imported to India,” added the person requesting anonymity.

According to the Economic Survey 2019-20, domestic sales of EVs reached 2.80 lakh units till November 2019. Most of these vehicles sold are, however, three-wheelers that run on lead-acid batteries. The Union government has decided to stop offering subsidies to such vehicles in the second phase of the FAME scheme, unless they are fitted with lithium-ion batteries.

The Union government is giving final touches to its plan to build Tesla-style giga factories to develop its own domestic battery manufacturing ecosystem. This involves a raft of incentives, such as concessional financing options, friendly tax regimes and a suitable basic customs duty safeguard. 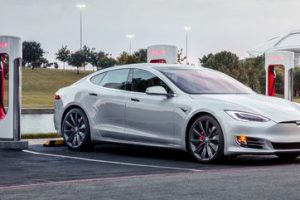