Several Cisco-manufactured network equipments have been found vulnerable to five new security vulnerabilities that could allow hackers to take complete control over them, and subsequently, over the enterprise networks they power.

Collectively dubbed ‘CDPwn,’ the reported vulnerabilities reside in the various implementations of the Cisco Discovery Protocol (CDP) that comes enabled by default on virtually all Cisco devices and can not be turned OFF.

Cisco Discovery Protocol (CDP) is an administrative protocol that works at Layer 2 of the Internet Protocol (IP) stack. The protocol has been designed to let devices discover information about other locally attached Cisco equipment in the same network.

According to a report Armis research team shared with The Hacker News, the underlying CDP implementations contain buffer overflow and format string vulnerabilities that could let remote attackers on the same network execute arbitrary code on the vulnerable devices by sending malicious unauthenticated CDP packets.

The list of CDPwn Cisco vulnerabilities affecting tens of millions of devices widely deployed in enterprise networks is as follow:

To be noted, since CDP is a Data Link layer 2 protocol that can’t cross the boundaries of a local area network, an attacker first needs to be on the same network to leverage CDPwn vulnerabilities.

Besides releasing a detailed technical report on the issues, the Armis research team has also shared videos of explanation and demonstration of the flaws, as embedded above.

After closely working with Armis researchers over the last few months to develop security patches, Cisco today released software updates for all of its affected products.

Though Cisco has also provided some mitigation information, affected administrators are still highly recommended to install the latest software updates to completely protect their valuable networks against malware and emerging online threats. 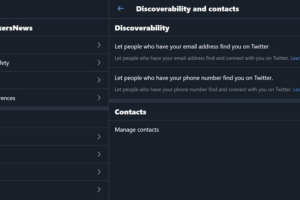